Diagnosis is difficult because there is no reliable marker for the diagnosis of NCGS; it is based on the clinical benefit of a gluten-free diet and the response to the double-blind placebo-controlled challenge procedure.2,4 With the lack of a gold-standard diagnostic modality for NCGS, the real prevalence of the condition is controversial. Due to the difficulty in diagnosis, it is challenging to conduct research on gluten sensitivity in clinical practice. Often, the NCGS diagnosis is suggested by the patients themselves in many cases who have experienced intestinal and extra intestinal symptoms after wheat/gluten intake, and then become asymptomatic with a gluten-free diet.10 It is not clear whether celiac disease exists in Korea. In a case report from Korea,11 both IgA endomysial antibody and IgA tissue transglutaminase antibody, which are autoantibodies commonly observed in celiac disease, were negative. Cases of celiac disease with more typical clinical features, including antibodies, have not been reported. To date, there are no data on self-reported NCGS in the Korean population.

The purpose of this study is to determine the prevalence of self-reported NCGS in the Korean population and to determine the demographic and clinical characteristics of the patients with this condition.

This study was conducted using a survey of Korean participants aged between 18 and 80 years with digestive symptoms (functional GI disorder) who visited gastroenterology outpatient clinics at 9 tertiary hospitals in South Korea from January 2016 to February 2017. Asymptomatic adults were also recruited through public advertising. Patients were excluded if they had malignant disease, inflammatory bowel disease, diagnosis of any organic disease causing GI symptoms within the last 6 months (eg, gastric ulcer, acute gastroenteritis, cholecystitis, cholangitis, pancreatitis, appendicitis, liver abscess, and acute hepatitis), severe underlying disease, or if they were unwilling or unable to complete the questionnaire.

Previous articles involving cohorts participating in this study have already been published,12 and this study is the result of further analysis of information from the previous studies.

A total of 386 participants consented to participate in this study; a questionnaire was developed to collect data from the subjects. The first set of questions in the survey was related to demographic information, including age, sex, level of education, employment, and household income. The second set of questions was the Korean Rome III questionnaire, which was divided into a control group, an IBS group, and a symptomatic non-IBS group by checking the presence or absence of symptoms corresponding to IBS. The third set of questionnaires was completed by translating and editing the Italian questionnaire into Korean.13 The questionnaire focused on the recognition of symptoms related to gluten ingestion: the degree of discomfort (visual analog scale [VAS]), frequency, latency period after eating, and duration. The VAS score ranged from 0 (no symptom) to 10 (most severe symptoms).

Finally, the fourth set of questions was about abdominal discomfort due to 11 different gluten-containing Korean food items.

Clinical Characteristics of the Study Population

Table 1 . Clinical Characteristics of the Non-celiac Gluten Sensitivity Group and the Control Group

The number and percentage of participants diagnosed with NCGS according to the VAS score criteria are presented in Figure 1. Overall, regardless of the VAS score, the IBS and symptomatic non-IBS group had a higher proportion of patients diagnosed with NCGS than the control group. Regarding self-reported NCGS (VAS score ≥ 8), 7 patients (5.8%) were diagnosed in the control group and 39 patients (23.4%) in the symptomatic non-IBS group compared to 34 patients (33.6%) in the IBS group.

Symptoms after gluten consumption in the self-reported NCGS group are illustrated in Figure 2. Multiple symptoms were reported in the questionnaire. The most frequent GI symptoms were bloating (75.0%), followed by abdominal pain (71.3%), and belching (45.0%). The most frequent extraintestinal symptom was fatigue, which had a frequency of approximately 20.0%, followed by headache (13.7%), and skin rash (7.5%).

The time course between wheat consumption and symptom onset is illustrated in Figure 3. Most subjects (> 90.0%) reported that the symptoms began within 6 hours. 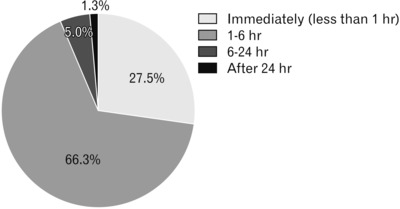 Figure 3. The time course between flour/wheat consumption and symptom onset. 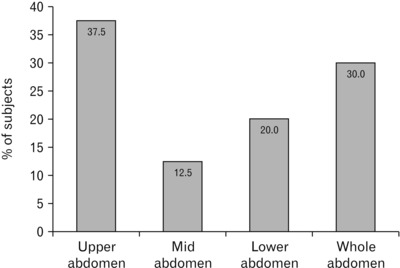 Table 2 . Proportion of Patients With Induced Gastrointestinal Symptoms by Gluten-containing Food in the Group

To our knowledge, this is the first study to assess the prevalence of self-reported NCGS in Koreans, identify clinical features and symptoms, and analyze the relationship between self-reported NCGS and food items. In Korea, wheat consumption has markedly increased in recent decades, even beyond the global trend of growth in wheat consumption. Therefore, in Korea, as in other countries, interest in gluten-related disorders and gluten-free diet will gradually increase. However, data on the population-based prevalence of NCGS in Korea are scarce. This study should be one of the few studies that can be used as a reference for future studies.

In the current study, the prevalence of self-reported NCGS in non-IBS was 5.8%. This prevalence result is similar to the values reported in other studies. According to studies,5 DBPC-diagnosed NCGS is estimated to have a prevalence of 0.6-13.0%. In contrast, in the current study, 33.6% of patients in the IBS group were diagnosed with self-reported NCGS. This was similar to findings obtained in a large UK population-based questionnaire.9 In the UK population-based study, 20.0% of people with self-diagnosed NCGS met the Rome III criteria for IBS. This finding suggests that people with self-diagnosed NCGS are more likely to have IBS. There seems to be a significant overlap between IBS and NCGS. A subset of patients with IBS is likely to have NCGS.

In most studies, gluten-sensitive individuals are primarily women, and they are known to have IBS with intestinal and extra intestinal symptoms associated with gluten intake. Compared to the results of other studies, the type of symptoms after gluten intake in this study was similar to that in other NCGS studies.9,19,20 As depicted in Figure 2, bloating, abdominal discomfort, belching, and diarrhea were common in NCGS. Patients with both self-reported and formally diagnosed NCGS often complain of symptoms seen in IBS, such as abdominal pain or discomfort, bloating, and diarrhea.13

Patients with IBS often associate their symptoms with food intake, and gluten-based products cause symptoms in 24.0% of patients.21 Many of the GI symptoms seen in NCGS can mimic IBS, which is characterized based on symptom type and duration, and are associated with a lack of biomarkers.22 In the current study, a large number of self-reported NCGS met the Rome III criteria because of the overlap between symptoms of NCGS and IBS. Although the pathophysiology of IBS has not yet been clearly established, the role of food in IBS affects a wide variety of physiologic parameters.23 Food intolerance that causes symptoms in IBS is known to be high,24,25 demonstrating the importance of food intake in IBS and a greater understanding of the problem. Whether gluten-containing foods cause symptoms in IBS can be an important issue.

It is well known that IBS is often accompanied by other functional GI disorders, such as functional dyspepsia and gastroesophageal reflux disorder.26,27 Therefore, NCGS-like symptoms in these IBS patients should always be considered since they may actually be functional dyspepsia or gastroesophageal reflux disease symptoms. In fact, having a detailed history and using this to differentiate the diagnosis is an important issue.

Our results elucidated that all types of gluten-containing foods significantly caused symptoms in the self- reported NCGS group. In this study, a survey was conducted using representative gluten-containing foods that are consumed in Korea. The accuracy of this study is increased by confirming the existence of a close association between the occurrence of symptoms related to gluten intake and gluten-containing foods. In clinical practice, because of a lack of diagnostic criteria, screening for NCGS can be simply achieved using food containing gluten for individual patients. Currently, it is well known that a gluten-free diet is the treatment for patients with NCGS. However, recommendations for a gluten-free diet without a medically proven diagnosis are unclear. A randomized controlled trial28 was conducted to identify gluten that induces both GI and extra intestinal symptoms in patients with IBS in whom celiac disease was excluded and who were symptomatically controlled on a gluten-free diet. The study indicated that the gluten component in the food can be responsible for the GI symptom in patients with IBS. To achieve this, monitoring the food intake and having a symptom diary is required. Experts recommend conducting a systemic test to rule out structural diseases, such as celiac disease or gluten allergy prior to a gluten-free diet.29

This study has some limitations. First, this study was able to determine the prevalence of NCGS in the asymptomatic and IBS groups; however, the study was not based on the entire population, and there may be differences in the prevalence of NCGS. This study had a large enough sample size to estimate NCGS prevalence; hence, the actual difference may be insignificant. Moreover, since the study classified patients into IBS, symptomatic non-IBS, and normal groups, it allowed for a better understanding of the prevalence of NCGS in each subgroup, and it may be used as data to check the correlation between IBS and NCGS. Second, the diagnosis of NCGS is not standardized because no biomarkers have been developed to diagnose NCGS. However, the most commonly used method in the diagnosis of NCGS is a double-blind, randomized, placebo-controlled challenge following a gluten-free diet;30,31 however, this method is cumbersome and time-consuming, so it is rarely used. Therefore, we adopted a pragmatic approach to investigate NCGS in this study. An important limitation is that the data were based on self-reporting. Moreover, the severity and location of symptoms, food involved, and accompanying medical and diagnostic conditions were described based on the participants’ survey responses. Thus, a future study is planned to determine the difference between NCGS diagnosis based on the VAS score and diagnosis rate via a gluten-free diet. The current study was a base study to determine the prevalence and clinical characteristics of NCGS in Koreans; a more specific study of NCGS in Koreans is planned in the future.

In conclusion, this study demonstrated that the prevalence of self-reported NCGS was 5.8% in non-IBS patients and 33.6% in IBS patients. Individuals with self-reported NCGS complained of a variety of symptoms related to gluten ingestion, with associated IBS. Thus, if there are gluten-related symptoms in IBS, the possibility of accompanying NCGS should be considered.