Abstract
Background/Aims
Belching is the act of expelling gas from the stomach or esophagus noisily through the oral cavity. Although it is a physiological phenomenon, belching may also be a symptom of upper gastrointestinal diseases such as reflux esophagitis and functional dyspepsia (FD). A detailed epidemiology of belching has not yet been reported. The aim of this study is to examine the prevalence and clinical characteristics of clinically significant belching (CSB) in adults.
Methods
We analyzed 1998 subjects who visited the hospital for annual health checkups. Belching was evaluated by a simple question “Do you burp a lot?” and scored as 0 (never), 1 (occasionally), 2 (sometimes), 3 (often), or 4 (always). Subjects with CSB were defined as having scores ≥ 3. We also collected the clinical parameters, endoscopic findings, and data according to the Athens Insomnia Scale, Rome IV questionnaire, and Hospital Anxiety and Depression Scale (HADS).
Results
Of the 1998 subjects, 121 (6.1%) had CSB. Subjects with CSB had FD more commonly than reflux esophagitis, but presence of heartburn was high (10.7% vs 3.1%). In addition, the HADS and Athens Insomnia Scale scores in subjects with CSB were significantly higher than those in subjects without CSB. Presence of heartburn (OR, 2.07; 95% CI, 1.05-4.09), presence of FD (OR, 2.12; 95% CI, 1.33-3.36), anxiety/depression (OR, 2.29; 95% CI 1.51-3.45), and sleep disturbances (OR, 1.73; 95% CI, 1.14-2.61) were significantly associated with CSB.
Conclusion
The detailed epidemiology of belching in the general adult population was clarified.
Keywords: Anxiety; Depression; Dyspepsia; Eructation; Sleep

Belching is the act of expelling gas from the stomach or esophagus noisily through the oral cavity,1,2 and healthy adults experience belching as a physiological phenomenon. Belching is not a specific symptom of upper gastrointestinal (GI) diseases, but patients with reflux esophagitis (RE) commonly complain of belching3 since gastroesophageal reflux and gastric belching are caused by transient lower esophageal sphincter relaxation.4 In addition, 59-80% of patients with functional dyspepsia (FD) reported frequent belching.5,6 Several studies have reported the prevalence and clinical characteristics of reflux and dyspeptic symptoms in the general population.7-10 However, a detailed epidemiology of belching has not been established. The aim of this study is to examine the prevalence and clinical characteristics of clinically significant belching (CSB) and the association between CSB and RE, FD, psychological stress, and sleep disturbances in adults.

This study was performed using data from our previous study. A detailed methodology has been previously described.8 Data of 1998 Japanese subjects with annual health checkups at Kashiwara Municipal Hospital were analyzed. These included clinical parameters such as age, sex, smoking and alcohol drinking status, upper GI endoscopy findings, and the results of a self-report questionnaire comprising a frequency scale for the symptoms of gastroesophageal reflux disease (FSSG),11 Athens Insomnia Scale (AIS),12 Rome IV questionnaire,13 and Hospital Anxiety and Depression Scale (HADS).14 Patients who continuously used acid-suppressing drugs, had active peptic ulcer disease, or had a history of upper GI surgery were excluded. This study was approved by the Ethics Committee of Kashiwara Municipal Hospital (IRB No. 23-18). Written informed consent was obtained from all subjects, and all procedures were performed in accordance with the Declaration of Helsinki.

RE was defined as the presence of an esophageal mucosal break, according to the Los Angeles classification (grade A and above).15 FD was defined as the absence of gastric lesions such as ulcers and erosions during upper GI endoscopy and fulfilled criteria according to the Rome IV.13 FD was subdivided into epigastric syndrome (EPS) and postprandial distress syndrome (PDS) based on the symptoms.13

Assessment of Belching and Heartburn

We evaluated the presence of belching by a simple question, “Do you burp a lot?”, which is the 11th question on the FSSG. Belching was scored by its frequency: 0 (none), 1 (occasionally), 2 (sometimes), 3 (often), and 4 (always).11 Subjects with CSB were defined as having scores ≥ 3. Frequency of heartburn was assessed by the first question “Do you have heartburn?” in the FSSG and scored using the same scale of belching.11 Similarly, presence of significant heartburn was defined as scores ≥ 3.

Prevalence of Belching and Clinical Characteristics in Adults

Figure 1 shows the prevalence of belching in adults. Among 1998 subjects, 28 (1.4%) always experienced belching, 93 (4.7%) often, 226 (11.3%) sometimes, and 463 (23.2%) occasionally. This shows that 121 (6.1%) subjects had CSB. The clinical parameters of the subjects according to the frequency of belching are shown in Table 1. When we compared clinical factors between subjects with and without CSB, we found that subjects with CSB had FD more commonly than RE. However, presence of heartburn was significantly higher in subjects with CSB compared with those without CSB. There were no significant differences in age, sex, BMI, waist circumference, and smoking or alcohol consumption habits between the 2 groups (Table 2). 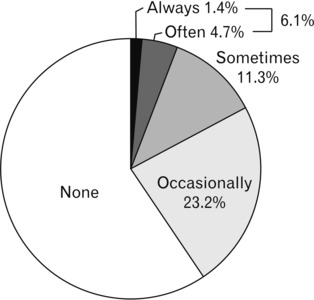 Figure 1. Prevalence of belching in adults.

Association Between Belching and Severity of Reflux Esophagitis or Heartburn

Association Between Frequency of Belching and Anxiety/Depression or Sleep Disturbances

Table 4 . Risk Factors for Belching According to Its Frequency

This is the first epidemiological study of belching in adults in detail. We found that the prevalence of CSB defined as ≥ often in frequency was 6.1%. Presence of heartburn, presence of FD, anxiety/depression, and sleep disturbances were significantly associated with CSB, while age, sex, BMI, waist circumference, presence of RE, alcohol consumption, and smoking status were not. Particularly, the presence of FD was significantly associated with belching regardless of its frequency.

Although gastric belching is caused by transient lower esophageal sphincter relaxation, which is a major pathogenesis of RE,4 our study did not reveal a significantly high prevalence of belching in subjects with RE. Although a weak correlation of frequency between belching and heartburn was observed, presence of heartburn was significantly associated with CSB. The reasons for this discrepancy may be due to fact that belching with acid reflux causes heartburn in patients with non-erosive reflux diseases.

A high prevalence of anxiety disorders has been described in patients with excessive belching. Among such patients, belching often increases during stressful events.1,19 These findings may explain the positive association between anxiety/depression and the belching observed in this study. Anxiety/depression has been reported to be present in functional GI diseases and affects poorer health-related quality of life including sleep quality.20-22

Male gender was identified as a significant risk factor of belching defined as ≥ occasionally or ≥ sometimes. The reasons for the male predominance in belching remain unclear. Saito et al27 reported that men eat food faster than women, suggesting that men may swallow air more often during eating. In addition, men may prefer carbonated alcoholic drinks, and they do not hesitate to belch when compared to women. Although there is no sex difference in excessive supragastric belching,1,2 male predominance may be seen in gastric belching, possibly physiological belching.

This study has some limitations. First, we assessed belching by exploring only the frequency of belching, but not whether belching is bothersome or not. We defined CSB as ≥ often, thus most of physiological belching may be excluded. In addition, there is currently no specific questionnaire for belching. It is difficult to evaluate the number of daily belches in an epidemiological study. Further study using a validated questionnaire for belching would be required. Second, we did not include other confounding factors that could affect belching. Factors such as intake of carbonated drinks and speed of food intake should be included in future studies. Third, belching is divided into 2 distinct types, namely gastric belching and supragastric belching.1,2 It is difficult to distinguish these 2 types of belching without esophageal impedance pH monitoring,1,2,28 although excessive supragastric belching could be diagnosed by medical interview such as frequency of belching (20-30 times per minute) and absence of belching during speech.28 However, it is especially impossible in an epidemiological study.

This work was supported by Japan Society for the Promotion of Science KAKENHI (Grant No. 18K07917). The funders had no role in the study design, data collection and analysis, decision to publish, or preparation of the manuscript.